Aging is caused by a variety of reasons. Oxidative stress, chronic inflammation, chronic toxicity, and glycation are some of the most significant causes.

End-products of glycation are thought to contribute to inflammation, chronic illnesses (particularly diabetes), and ageing. Certain glycation processes produce advanced glycation end-products (AGEs), which are indicators of the severity of certain degenerative illnesses as well as biological ageing.

A tiny fraction of the simple sugars in the blood and tissues, such as glucose, fructose, and galactose, get linked to certain proteins and lipids. More will become connected as the sugar level rises. Fructose is especially prone to being connected. Fructose is often used to sweeten numerous commercial food products and beverages, making them unhealthy.

Regular targets include arterial endothelium, collagen, and fibrinogen, all of which are affected by glycation. This causes artery rigidity and hardening, resulting in elevated blood pressure.

Glycated LDL (“bad”) cholesterol oxidises and hardens quickly. This causes the atheromatous plaques to harden and the arteries to constrict.

Because of the damaged collagen in their walls, the arteries might also become weaker. This can lead to aneurysms, and if they form in the brain, they can lead to strokes.

Glycation in the brain creates by-products (ß-amyloid) that cause Alzheimer’s disease.

Inside the cell, AGEs form cross-links between vital cellular components, disrupt their functioning, and can even trigger cell death.

Furthermore, because AGEs exacerbate oxidative stress and inflammation, the damage to cells and organs worsens. As a result, glycation is a true ageing and disease promoter. 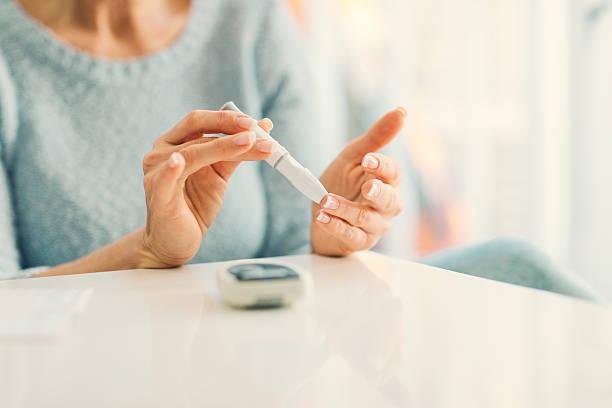 Glycation is mostly caused by diabetes.

Diabetes is linked with high glucose levels, making it particularly vulnerable to glycation and AGEs. In fact, the amount of glycated haemoglobin (HbA1c) is utilised to assess diabetes management. A high HbA1c indicates poor management and is directly associated to an increased risk of all diabetic complications, which affect practically all organs.

The kidneys must eliminate AGE breakdown products. Some of these are much more hazardous than AGEs and cause severe kidney damage. This is the primary cause of renal failure in many diabetics. How to Reduce Glycation’s Harm

Because glycation causes significant injury to the body, we should limit glycation, break the cross-linkages created by AGEs, and counteract the damage caused by AGEs.

The most apparent treatment is to limit your consumption of sweets, particularly fructose. A healthy lifestyle, a good diet (containing enough of fruits and vegetables), adequate exercise, and avoiding obesity should help to prevent metabolic syndrome and diabetes, all of which have high risk for glycation.

Strong antioxidants are plainly important for human health since they can prevent glycation, the build-up of AGEs, and the negative consequences of AGEs that have already formed. Furthermore, they can aid in the battle against the indications of ageing that make us appear older than our true age!

Pine bark extract is one of the most strong, powerful and dominant antioxidants. To begin with, pine bark is high in flavonoid chemicals, which have antioxidant and anti-inflammatory properties. Furthermore, it has been demonstrated that dietary supplementation with a pine bark extract formulation can improve cognitive function in those who suffer from memory loss. Surprisingly, cognitive capacity declines with ageing. As a result, pine bark extract may aid to boost brain performance as we age.

Aside from that, SOD (superoxide dismutase enzyme) plays an important function in cell ageing prevention as the first line of antioxidant defence. SOD levels, on the other hand, dropped dramatically with age, rendering cells more sensitive to oxidative and inflammatory processes. The build-up of oxidative damage will then speed up the ageing process. Thus, restoring SOD levels is an effective strategy for preventing cell damage and slowing ageing.

Following that, an extract of Thai black turmeric (commonly known as Thai ginseng) is particularly helpful in avoiding glycation (and the formation of AGEs). It also possesses anti-metabolic syndrome and anti-inflammatory properties. Furthermore, polymethoxy flavonoids (KPMF) are an active constituent in black turmeric extract, which can assist to activate the longevity gene, SIRTI, and so postpone ageing. More on SIRTI may be found in the next article!

Grape seed extract, resveratrol, and curcumin, in addition to the antioxidants described above, can counteract the detrimental effects of existing AGEs.

Vitamins are also important in the reverse glycation process. For example, vitamin C has been identified as one of the most effective glycation inhibitors. Aside from that, vitamin B6 aids in the prevention of diabetic problems by inhibiting the creation of (AGEs), which cause the loss of function and structure that occurs with age. LIVEON contains all of these potent nutrients perform a variety of different functions that benefit our health, delay the ageing process, and may prevent or treat a variety of health issues and diseases.

Go Fit Organic® goals is to provide high-quality products and highly effective products to people. We also provide ultimate satisfaction and assurance to all customers.